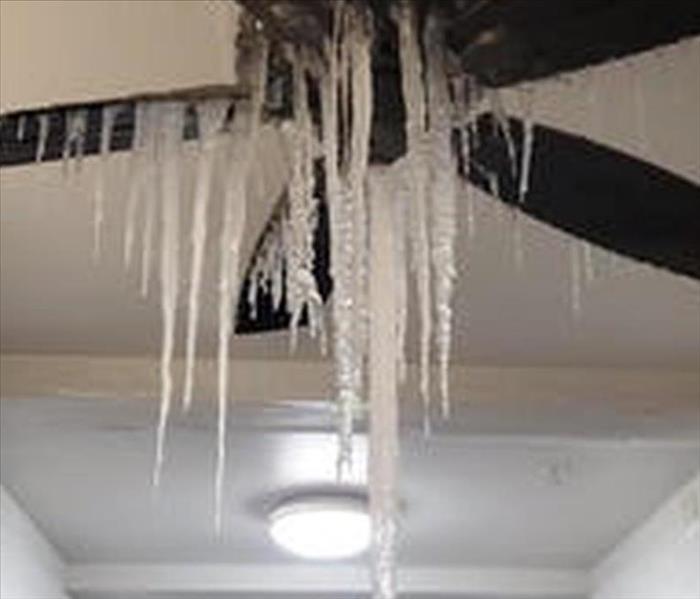 Icicles hang from the ceiling fan after multiple pipes burst.

Last month most of the southern United States was effected by an unusual winter storm. The state of Texas was hit especially hard with pipe breaks and massive power outages taking place throughout the state. With so many people experiencing flooding and water damage in their homes, they were in desperate need of help.

This is where SERVPRO stepped in. SERVPRO activated hundreds of storm teams to go down there and help with the recovery efforts. SERVPRO franchises from all over the country responded to the call, packed up and headed south by the truckload.

As you can see in the image, there was water coming from every level of this homes. The freezing temperatures caused a pipe on the upper level to burst and leak through the ceiling and into the ceiling fan.